The Global Smartphone Market Size is expected to be worth USD 520.13 Billion in 2021 and is estimated to reach up to USD 947.11 Billion by 2030, at a compound annual growth rate CAGR of 4.10% from 2021 to 2030. In terms of hardware, software, and a range of mobile operating systems, smartphones are a subset of mobile phones that differ from feature phones. Smartphones provide a wide range of services, such as multimedia music, video, games, and photography, voice and video calls, the internet including online surfing, and a number of software features. Numerous operating systems, such as iOS by Apple, Android by Google, Windows by Microsoft, Blackberry Operating System, and others, can be used on smartphones. As social networking sites like Facebook and Twitter have grown in popularity, smartphone usage has increased as well. 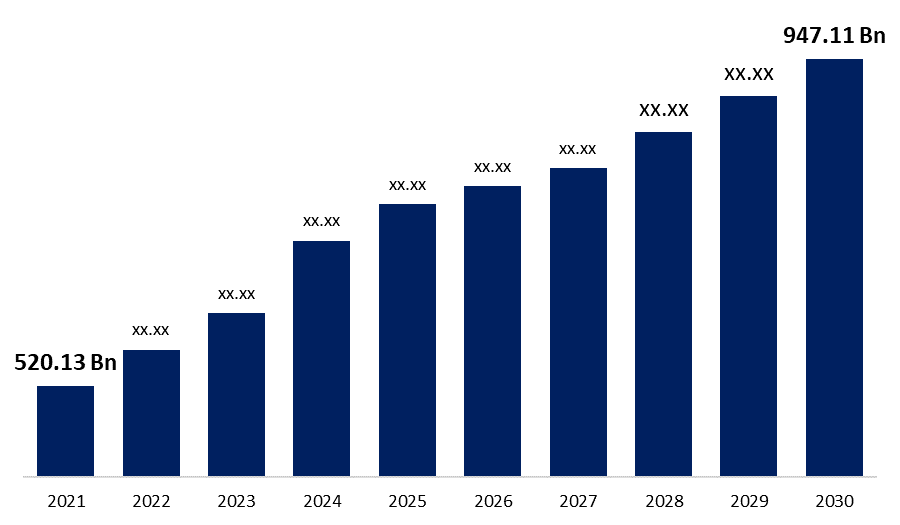 The advancement of smartphones throughout time, modern features such the GPS, gyroscope, flash memory, optical fingerprint sensors, near field communication NFC, augmented reality, and virtual reality are now standard. During the forecast period, the smartphone market has grown and changed continuously. 40% of people worldwide are predicted to own a smartphone by 2022. The number of smartphone subscribers globally has topped six billion, according to Ericsson, with several hundred million more projected in the next years. China, India, and the United States are the three nations with the highest smartphone usage rates.

The supply and demand balance for the smartphone market has been completely disrupted by the Covid-19 epidemic. The state-wide shutdown has badly damaged the smartphone manufacturing industry by delaying shipments and slowing the development of next-generation goods because China is the global production hub for the majority of these devices and components. The nation has also lost access to its supply chains, labor force, and logistics networks. Furthermore, as a result of customers' desire to reduce luxury spending and concentrate on essentials in response to the epidemic, consumer demand for cellphones has declined, particularly in the premium segment.

It is anticipated that the rollout of 5G networks and 4G LTE technology in a number of developing nations will increase smartphone sales in those nations. To address the rising demand for 4G and 5G smartphones among tech-savvy consumers, various smartphone manufacturers are concentrating on the release of 5G handsets. Costs for 4G smartphones are probably going to decrease as demand for 5G handsets increases, leading to a rise in sales volume.

The global populations disposable income has expanded, improving consumers capacity to spend on media, entertainment, mobile technology, and networking. Purchases of electronic devices, including smartphones, laptops, tablets, and gaming consoles, have considerably increased in recent years. A 2016 independent survey of electronic device manufacturers found that demand for smartphones has dramatically increased as consumer disposable income has grown, especially in emerging nations. Therefore, it is anticipated that during the course of the projected period, increasing disposable income will propel growth in the global smartphone market.

Premium smartphone makers Apple Inc. and Samsung provide high-end phones, which have witnessed an increase in demand in recent years, notably in developed nations like the United States, Canada, and Europe. On the other hand, consumers in price-sensitive areas like China and India want smartphones that offer the same functionality as high-end smartphones but at a lesser price.

The worldwide smartphone market is divided into three price ranges: low range, medium range, and premium range. As millennials disposable income rises and their attention shifts from low-end to medium-end smartphones due to their superior features and specs, the medium range sector will hold the lion's share of the global smartphone market in 2021.

Asia Pacific is anticipated to have the largest market share of the worldwide market for smartphone due to the rising per capita and disposable income in the region. The presence of a sizable population with increasing disposable income, and a growing enthusiasm among the public to adopt new technologies and services companies such as Jio, Airtel, and others are increasing demand by providing data at the lowest possible cost while simultaneously slowly increasing smartphone use in India. Demand for smartphones at entry-level price points is anticipated to rise as a result of increased demand from the region's developing nations, particularly India and Indonesia, where smartphones are swiftly gaining traction in rural areas as local governments push for a mobile and digital economy. However, North America is anticipated to see the highest CAGR throughout the projected period market growth is anticipated to be boosted by key players' rising launches of new brands and their presence in the area. Key players and startups are using strategies utilized by major luxury corporations to expand their businesses.

We Covered in Market

Need help to buy this report?

Inquiry Before Buy
We'll use cookies to improve and customize your experience if you continue to browse. Is it OK if we also use cookies to show you personalized ads?
Learn more and manage your cookies
Yes, Accept Cookies